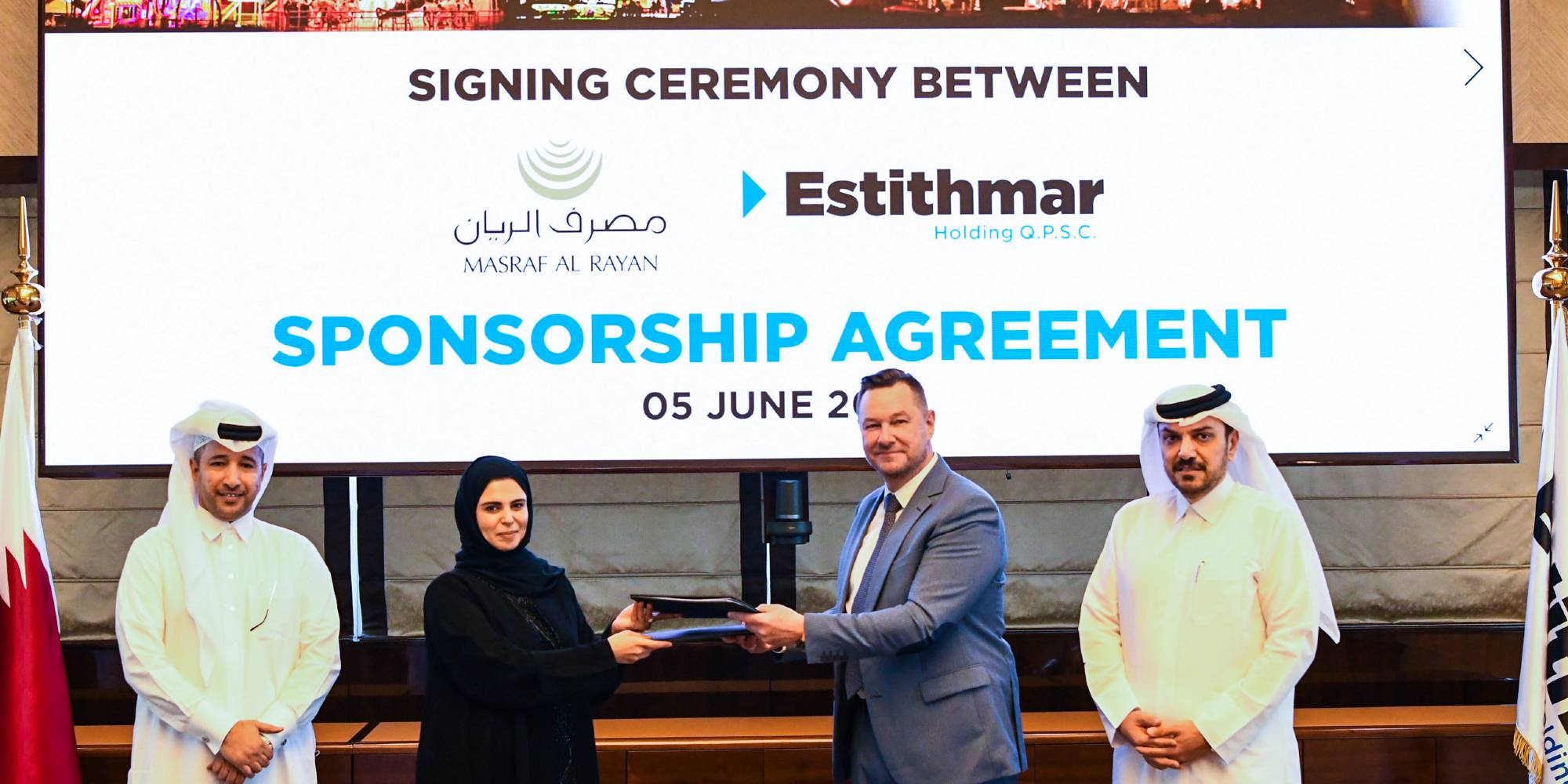 Al Maha Island, Lusail, which will be home to Doha Winter Wonderland and other dining and leisure attractions, will become a hotspot that is expected to attract more than 1.5 million visitors per year and will transform Qatar tourism.

This world-class entertainment project is led by the association of Estithmar Holding Q.P.S.C., IMG, in collaboration with Qatar Tourism Authority and Qatari Diar.

Al Maha Island’s key attraction, Doha Winter Wonderland, will be managed and operated by IMG, a global leader in events and media. IMG is the producer and operator of London’s famous Hyde Park Winter Wonderland and owns major global events such as Frieze art fairs, New York Fashion Week: The Shows and the Miami and Madrid Open tennis tournaments.

Doha Winter Wonder Land is a 93,000 m2 theme park that will have something for everyone. The park will feature more than 100 attractions, including 50 amusement rides, a roller coaster, a giant 150ft Ferris Wheel.

Commenting on the sponsorship, Fahad Bin Abdullah Al Khalifa, Group Chief Executive Officer of Masraf Al Rayan said: “We are delighted to be a major sponsor of Doha Winter Wonderland, the world-class entertainment destination operated by reputable international companies in support of the national strategy for tourism within Qatar Vision 2030. We believe Doha Winter Wonderland is one of the most important destinations that will contribute significantly to attracting tourists and improving the tourism and entertainment experience in Qatar, and we trust that Masraf Al Rayan as a brand will have considerable and impactful exposure among tourists from the region and the world.”

Mr. Henrik Christiansen, Group Chief Executive Officer of Estithmar Holding Q.P.S.C., said: “Doha Winter Wonderland” is a unique attraction for both domestic and external tourism, expected to attract tourists from around the world, while being especially popular with citizens and residents of the GCC countries in the region. With our unparalleled capabilities and experience, we aim to effectively contribute to the development of domestic and external tourism in Qatar, consolidating its position on the global tourism scene in line with Qatar National Vision 2030, especially with the continuous major sporting events in Qatar such as the FIFA World Cup 2022 and the Asian Games 2030.”